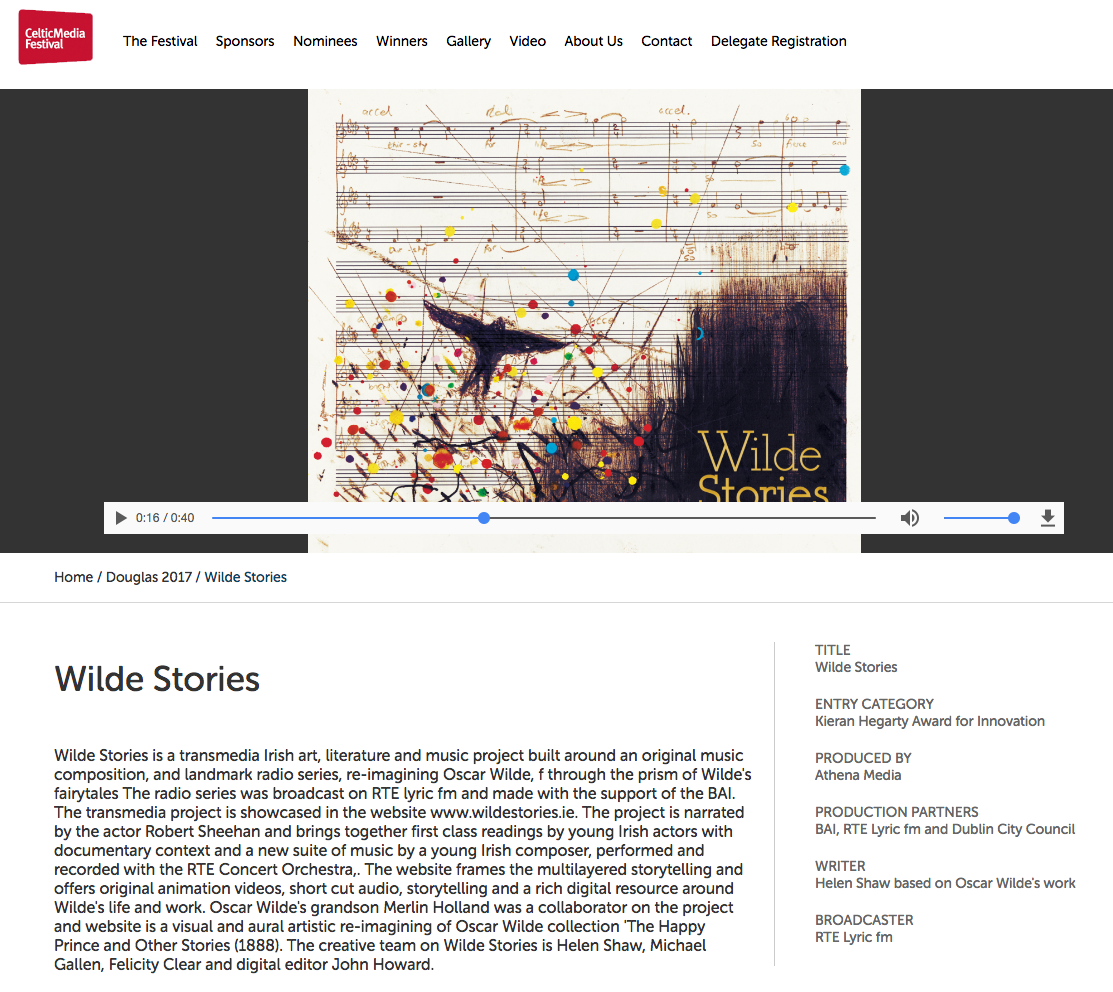 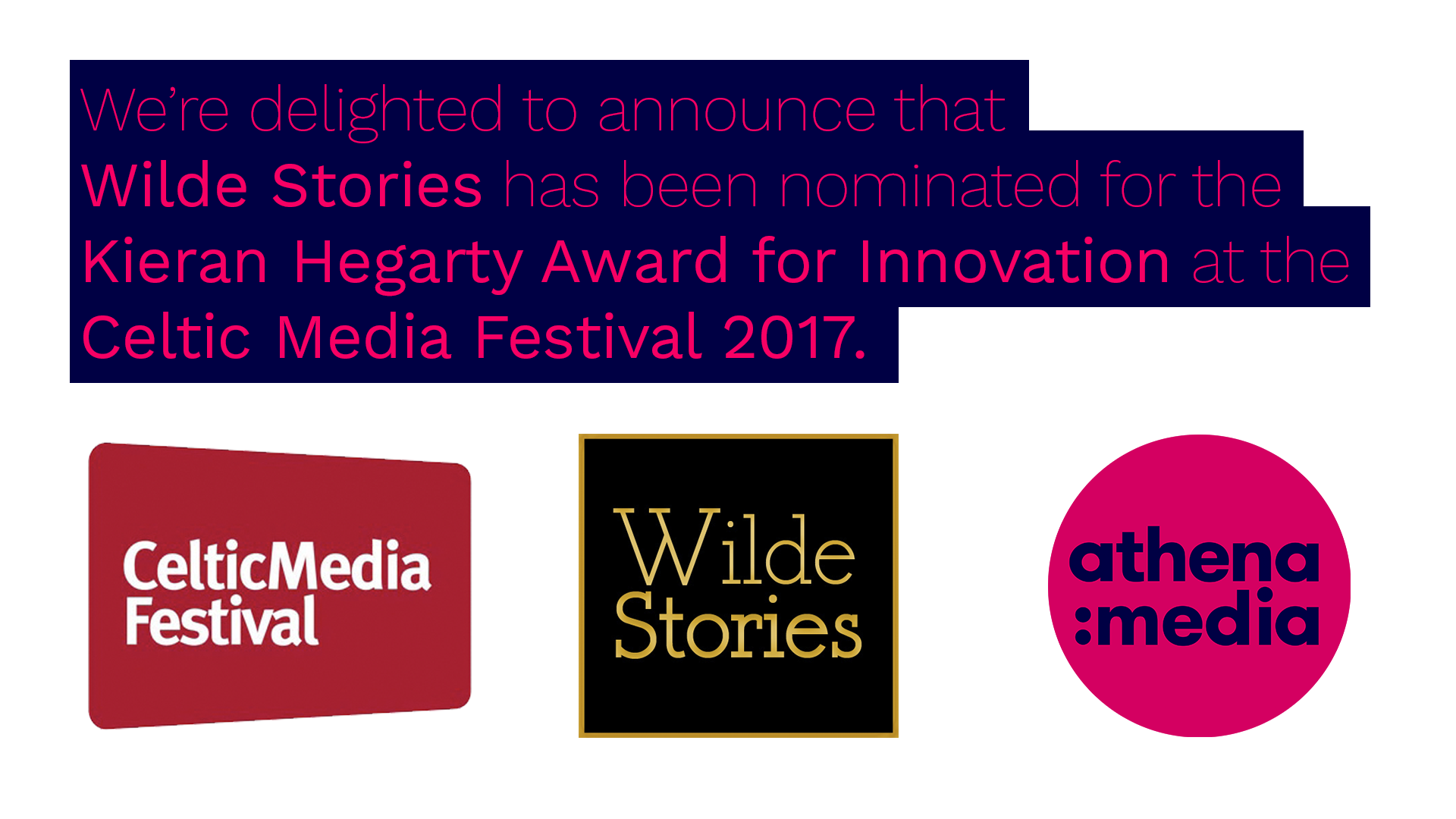 Wilde stories, our transmedia Irish art, literature and music project built around original music composition and landmark radio series re-imagining Oscar Wilde through the prism of his fairytales has been nominated for the Kieran Hegarty Award for Innovation at the Celtic Media Festival 2017.

Peggy Seeger was born in the US, the daughter of song collectors and composers, Charles Seeger and Ruth Crawford Seeger, but has spent most of her life in the UK and Iarla travelled to her home in Oxford to capture her life’s journey in song and singing. Seeger, whose brothers were the singers Pete and Mike Seeger, came to the UK in the 1950s and met, and later married, the folk singer and writer Ewan MacColl. MacColl wrote the song ‘The First Time Ever I Saw Your Face’ for her and the couple went off to play a leading role in the British folk revival and developed a documentary style of social song writing, working with local communities, to give voice to their stories in song through the Radio Ballads.

Seeger, who is now 82, is still performing, sometimes with her two sons Neill and Calum MacColl, and writing songs. MacColl died in 1989 and since then Peggy Seeger’s formed a civil partnership with Irene Pyper Scott, a Northern Irish singer who is living in New Zealand.

‘She’s the passionate love of my life,’

– she says, but adds they can’t live together so splits her time between Oxford and New Zealand.

In this edition of Vocal Chords Peggy Seeger shares her extraordinary life, growing up hearing grassroots singers like Lead Belly perform and learning songs from her mother’s song collecting. She remains politically active and shares a song she’s written for Donald Trump’s presidency, an event she admits that leaves her afraid and scared.

The project website has podcasts to the original 5 part series ‘An Odyssey of the Voice’ and short cuts of singing from across the world as well as the full series of ‘In Conversation’.

In Conversation with Peggy Seeger is broadcast on March 24th RTÉ lyric fm 7pm and available online afterward via the RTÉ website and via vocalchords.ie.